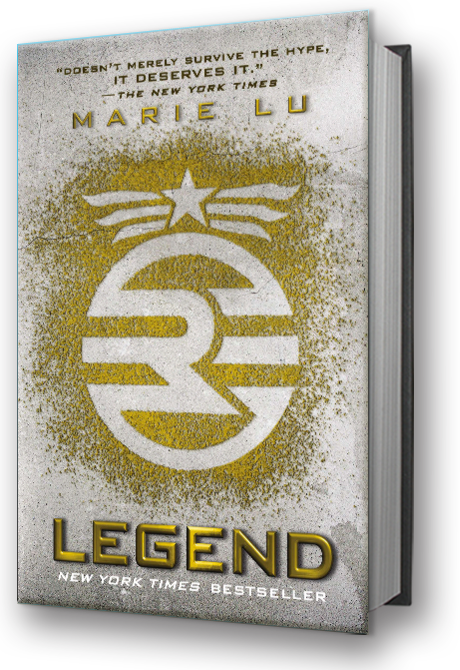 Born into an elite family in one of the Republic’s wealthiest districts, fifteen-year-old June is a prodigy. Obedient, passionate, and committed to her country, she is  being groomed for success in the Republic’s highest military circles.

Born into the slums of the Republics’s Lake Sector, fifteen-year-old Day is the country’s most wanted criminal. But his motives may not be as malicious as they seem.

From different worlds, June and Day have no reason to cross paths-until the day June’s brother is murdered. And Day becomes the prime suspect. Now, caught in the ultimate game of cat and mouse, Day is in a race for his family’s survival while June tries desperately to avenge her brother’s death. But in a shocking turn of events, the two uncover the truth of what has really brought them together and the sinister lengths their country will go to in order to keep its secrets.

Jumping back and forth between Junes perspective and Days perspective had me worried. I thought it would be confusing and really hard to follow. It actually turned out to be one of the things I liked best about the book! The characters were so different that it was not only easy to follow, but exciting and refreshing!

I felt that the character developement was right on with this one! I felt like I knew enough about the main characters early enough on, but there were new things to learn about them as the story progressed. The relationships were relatable and believable as well! I don’t think I once thought “why did she do that?” or “what was he thinking??”. While the characters actions were intense at times, I’d like to think that I would react in a similar way! Both characters are very intelligent and brave!

There is a lot of corrupt government in the dystopian novels these days, but the more I uncovered with Day and June, the more my jaw dropped. And once again, facts were being uncovered at a perfect rate in my opinion.

Action packed with twists and turns that will blow your mind and characters you can’t stop thinking about, this book is amazing!! I recommend it to everyone!!

One thought on “Legend by Marie Lu”