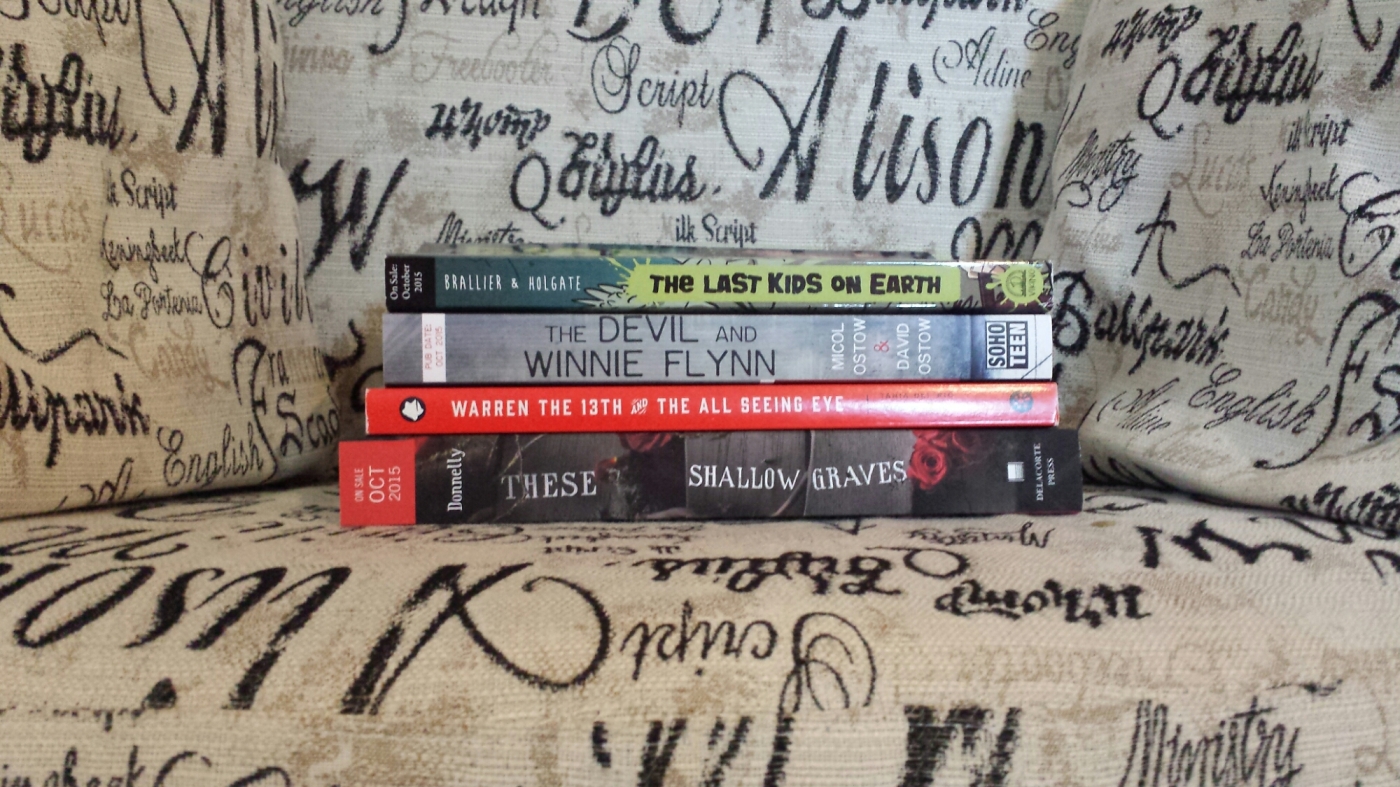 I have recently received some advanced reader copies from Penguin Random House and I just wanted to share them with you!! Get ready! Prepare yourself! They all seem super amazing!!

The books I recieved from Penguin Random House are: 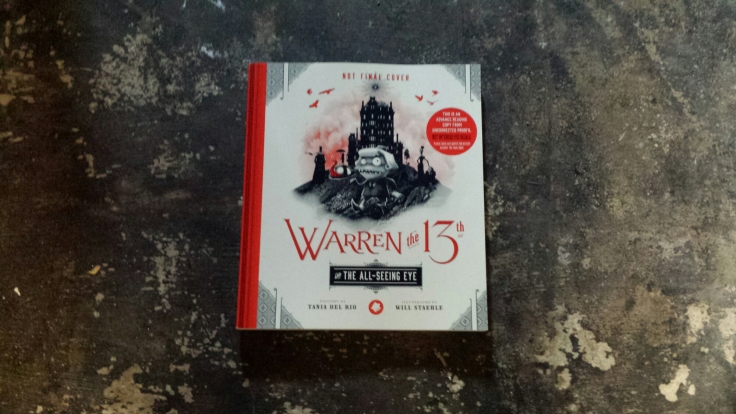 Meet Warren the 13th, a cursed 12-year-old Victorian bellhop who’s terribly unlucky . . . yet perpetually optimistic, hard-working, and curious. Orphan Warren’s pride and joy is his family’s hotel, but he’s been miserable ever since his evil Aunt Anaconda took over the management. Anaconda believes a mysterious treasure known as the All-Seeing Eye is hidden somewhere on the grounds, and she’ll do anything to find it. If Warren wants to preserve his family’s legacy, he’ll need to find the treasure first—if the hotel’s many strange and wacky guests don’t beat him to it! This middle-grade adventure features gorgeous two-color illustrations on every page and a lavish two-column Victorian design that will pull young readers into a spooky and delightful mystery.

This story looks so interesting!! It promises witches, secret codes, monsters, mazes, and other sinister material! I can’t wait to meet the cast of characters in this for sure fun read 🙂 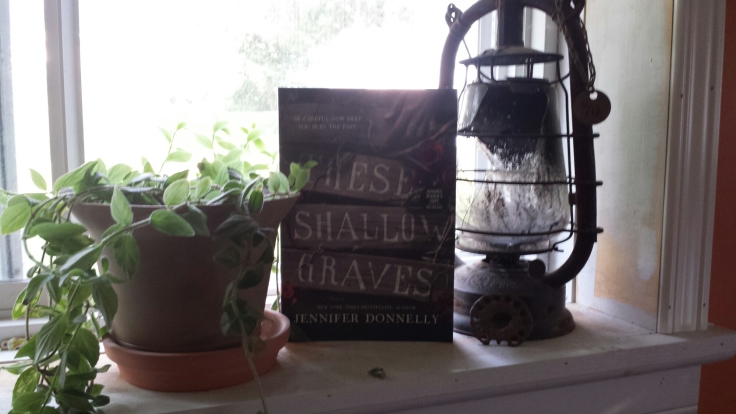 These Shallow Graves by Jennifer Donnelly

Set in gilded age New York, These Shallow Graves follows the story of Josephine Montfort, an American aristocrat. Jo lives a life of old-money ease. Not much is expected of her other than to look good and marry well. But when her father dies due to an accidental gunshot, the gilding on Jo’s world starts to tarnish. With the help of a handsome and brash reporter, and a young medical student who moonlights in the city morgue, Jo uncovers the truth behind her father’s death and learns that if you’re going to bury the past, you’d better bury it deep.

The anticipated publish date for this book is October 27th 2015.

This adult literature historical thriller sounds like it will be likely to keep me up at night! This crime novel is said to include death, violence, secrets, revenge and romance! This story also deals with the double standards between the sexes. What would you give up to follow your heart? I can’t wait to read this dark, haunting and inevitably memorable book! 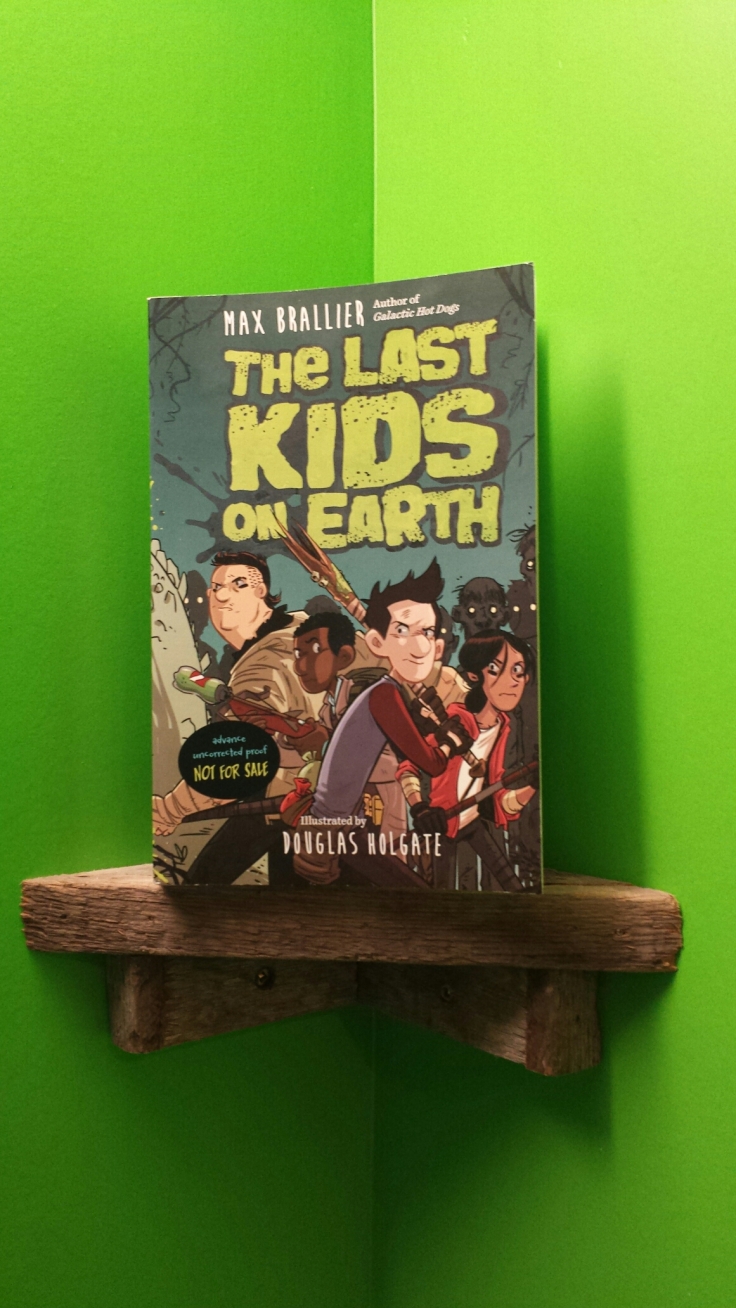 The Last Kids on Earth by Max Brallier and Doug Holgate

The Simpsons meets  The Walking Dead in this hilarious post-apocalyptic graphic novel for middle-grade readers.

Ever since the monster apocalypse hit town, average thirteen year old Jack Sullivan has been living in his tree house, which he’s armed to the teeth with catapults and a moat, not to mention video games and an endless supply of Oreos and Mountain Dew scavenged from abandoned stores. But Jack alone is no match for the hoards of Zombies and Winged Wretches and Vine Thingies, and especially not for the eerily intelligent monster known only as Blarg. So Jack builds a team: his dorky best friend, Quint; the reformed middle school bully, Dirk; Jack’s loyal pet monster, Rover; and Jack’s crush, June. With their help, Jack is going to slay Blarg, achieve the ultimate Feat of Apocalyptic Success, and be average no longer! Can he do it?

Told in a mixture of text and black-and-white illustration, this is the perfect book for any kid who’s ever dreamed of starring in his or her own comic book or video game. And stay tuned for the sequel, coming in Summer 2016!

With all of the hype of Zombies and apocalypse, and with the growing popularity of graphic novels, this middle grade story is sure to please!! I also suspect that anyone who enjoys video games and super heroes will enjoy this book. It’s just a feeling I have.

The Devil and Winnie Flynn by Micol Ostow and David Ostow

Winnie Flynn doesn’t believe in ghosts. (Though she wouldn’t mind a visit from her mom, explaining why she took her own life.) When her mysterious aunt Maggie, a high-profile TV producer, recruits Winnie to spend a summer working as a production assistant on her current reality hit, Fantastic, Fearsome, she suddenly finds herself in the one place her mother would never go: New Jersey.

New Jersey’s famous Devil makes perfect fodder for Maggie’s show. But as the filming progresses, Winnie sees and hears things that make her think that the Devil might not be totally fake after all. Things that involve her and her family. Things about her mother’s death that might explain why she’s never met Aunt Maggie until now.

Winnie soon discovers her family’s history is deeply entwined with the Devil’s. If she’s going to make it out of the Pine Barrens alive, she might have to start believing in what her aunt is telling her. And, find out what she isn’t.

What an eclectic mix of themes!! I’m really interested to see how this one unfolds! Suicide, abandonment, paranormal abilities, jersey devils, and reality TV. Oh my!! This book should be interesting to say the least!!

So these are the books I have recieved from Penguin Random House! Im glad I could share them with you! I can’t wait to let you know what I think of these amazing stories after I have read them! Keep your eyes peeled for my reviews!!