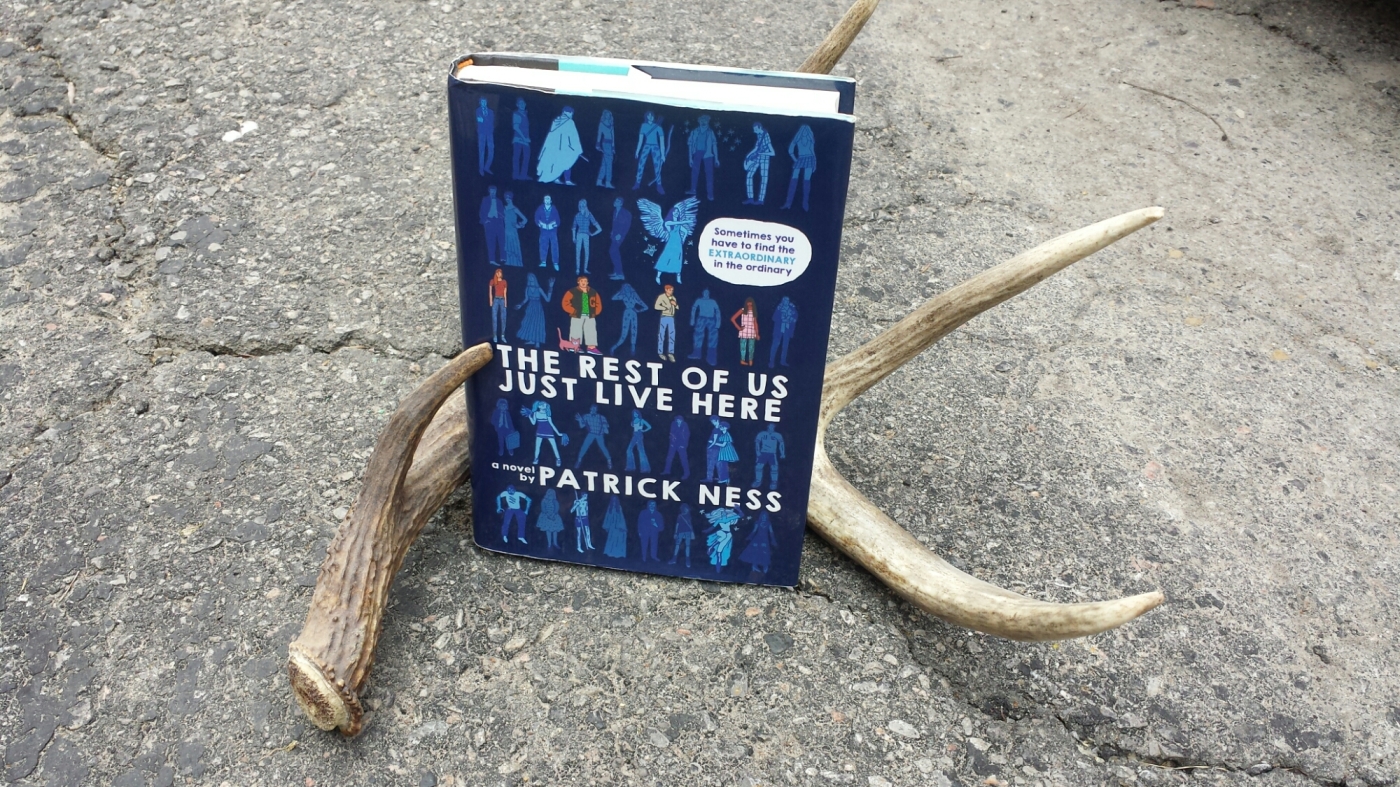 What if you aren’t the Chosen One?

The one who’s supposed to fight the zombies, or the soul-eating ghosts, or whatever the heck this new thing is, with the blue lights and the death?

What if you’re like Mikey? Who just wants to graduate and go to prom and maybe finally work up the courage to ask Henna out before someone goes and blows up the high school. Again.

Because sometimes there are problems bigger than this week’s end of the world, and sometimes you just have to find the extraordinary in your ordinary life.

Even if your best friend is worshipped by mountain lions.

Award-winning writer Patrick Ness’s bold and irreverent novel powerfully reminds us that there are many different types of remarkable.

I was not entirely prepared for this story to be so epic. The contrast between the magical, supernatural aspects and the contemporary, real life aspects were very well done!

When I sat back to reflect on this very eclectic masterpiece, I realized something. The protagonists were not indie kids. They were not supposed to lead extraordinary  lives. They were supposed to lead mundane, simple lives, and yet I just kept thinking…what a crazy mix of super interesting and tragic stories from these regular kids! I mean, I can’t even imagine having friends who have all gone through such major life struggles, let alone imagine if I had to go through the events myself!

Like I said, the contrast between indie kids and regular kids was very well done! I mean, there really is no question as to who the so called “hero” kids were supposed to be when one was saving the world from vampires and the other was dealing with a workaholic mom, yet each friend could easily be the protaginist in their very own novel. Each and every character had such interesting back stories that there never was a chance for a lull.

Something else I thought was very cool? Each chapter title was actually a blurb on what the Indie kids were up to! If you read each one…it’s kind of like it’s own little story!! It’s like bunch of mini breaks, or lil’ intermissions. I really enjoyed them! 🙂

This story was exciting, moving, heart warming, thought provoking, and fun! I absolutly loved it!